ABOUT THE WORK:
In 1996, Sally Resnik Rockriver believed there were other planets with chemicals, physics, and heat similar to those in her studio. In 2005, she entitled her geological blown glass: "New Planets". This body of work utilized planetary geochemistry and physics to create worlds that she thought could be in the Universe. In 2013, NASA announced the discovery of the Planet HD 189733b "Azure", which recirculates molten sand and glass. Rockriver's current work features the Planet Azure and its glass storms. In her pieces, sprays of glass cool into a crystalline webbing. Gases erupt from molten pools and grow into enormous domes that trap colored fumes. The final works are "Frozen Moments" of a geochemical event.

"It is not clear if Ms. Rockriver is the next Dale Chihuly, an unusually festive heir to Eva Hess, or an artistically inclined scientist, but she is definitely something." Roberta Smith, NEW YORK TIMES, Art in Review

FOUNDER OF A MOVEMENT
By the turn of the century, Rockriver's work was considered too experimental and not technically sound. However, her processes were actually carefully crafted techniques that created specific geological results. Few artists or collectors had seen the combination of glass and ceramics. Her main sympathizers were the minds of Contemporary Art. During her 2002 solo exhibition in New York, she was hailed by Roberta Smith in the New York Times, as "some kind of contender". By 2004, her combination of glass and ceramics was recognized by the ceramics world in the Ceramics Monthly cover article. It took a decade for Rockriver's work to be valued by the glass audience. In 2010, Jessamy Kelly received her wrote her PhD dissertation on the combination of glass and ceramics. She researched the glass artists of the world, and found only a handful that were pertinent to the study. Upon final evaluation, Rockriver had the earliest work that combined glass and ceramics at high temperatures. In 2012, at the Ox-bow School of Art, Rockriver taught an intensive course entitled Beyond the Limits which required students to approach the medium without inhibition by 2013, Rockriver had influenced a generation of young artists who embraced experimental glass processes as art. 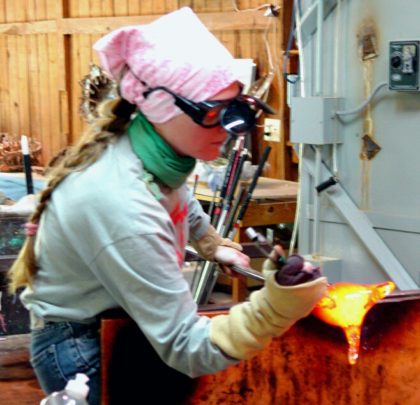 NOTE FROM THE ARTIST

I am a glassblower who uses chemical reactions as a medium. While my pieces are reminiscent of unfound worlds and thermal formations, my approach is not representational. Works appear as though they are real geology, because they contain the same scientific ingredients found in nature. I activate glass and ceramic materials by using hot chemical processes. My final pieces are enhanced outgrowths of an original experiment. A controlled framework accentuates the tendency of a particular material and results in new geologies not found in this Planet.

My imagination is most greatly ignited after I can spend time with the finished works. The dialogue I have with these projects has expanded into an imaginary world that seems very real to me. The way I view this world has become a narrative framework that guides me into deeper cross-pollination of concepts and materials. Once I discover a new geological species, I reevaluate how I look at the entire collection of works. Portfoios are not arranged by date, instead they are categorized according to how they fit into the world I have been exploring over a lifetime. 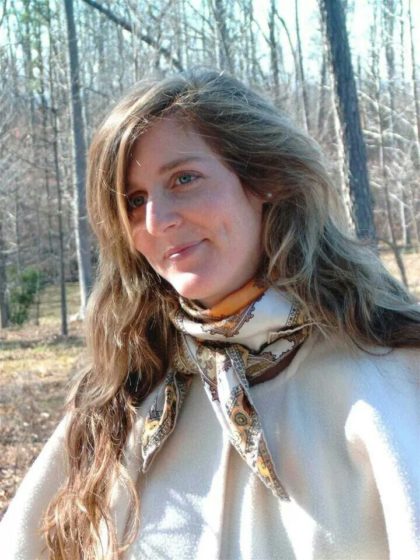